League of Legends - should your kid be playing this game? 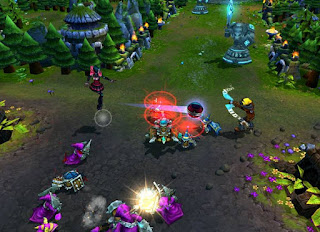 The Super Bowl of eSports is being held October 13, 2012 in Las Vegas when the leading teams from around the world meet and battle for a $1,000,000 grand prize in the League of Legends tournament.

The battle began in Los Angeles on October 5th with teams from Korea, China, the US, Europe and all over the globe meeting to battle for the two final positions.  That event was streamed live all around the world and there were reports that this one event took up 5% of the worlds bandwith at points. The stadium where it was held was packed.  There were even those shirtless guys in the stadium who had painted letters on their chest in support of their favorite team.

There were a few technical glitches - as the event was held at a outdoor stadium there was a delay of game for sun glare on the computer screens at one point.  There was also a delay of game on Saturday for the final four which meant that this particular round would be rescheduled to some point during the week leading up to the finals on the 13th.

This event was featured in Forbes magazine.  This is serious gaming.

So, with all of the excitement of the game, the large numbers of viewers from around the world, and the attention it is getting from mainstream media, I decided to ask an expert what he thought about League of Legends and whether it is safe for kids.

League of Legends, or any online game with an active community, is probably not something kids should just jump into.

It pains me to say that, because I love League of Legends. Even worse is the irony that the game itself is actually quite kid friendly. Every piece built by the developers at Riot Games was carefully chosen and ensured that there wasn't anything tasteless or something beyond Teen (note: because it isn't sold at retail, this game doesn't have an ESRB rating). However, the truth is simple. Playing a game with other people on the Internet connects players with a faceless audience, all of whom are fiercely competitive, and have no negative consequences for their actions except for a possible ban, which is handled automatically by software as accurate as a replacement referee. 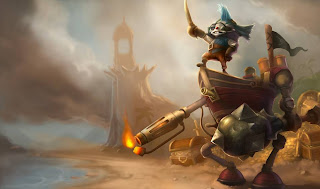 It's an interesting discussion, because the very first sentence of this article proves that it goes against the interests of the game developers to have a "toxic" community within their online multiplayer. On the same token, online multiplayer can't simply be ignored. It's too engaging from a player's perspective and too valuable a market from a business perspective. But how can you get anonymous gamers to "play nice"? Harsh word filters can be applied in text chat, but that often means the person behind the keyboard gets creative in order to vent their frustration. Mute buttons are fine for voice chat, but they're a reactive response rather than proactive. A player will still get to hear a few things about their mother before opening up the team page and hitting "Mute Player."

Now, without getting too deep into the psychology of gaming and anonymous crowds, I'll just say that online communities are highly unlikely to police themselves in a vacuum. Real life has hundreds of subtle and explicit ways of discouraging people from acting like jerks to each other, so the responsibility lies with the developers to create ways of discouraging gamers from trolling each other in the worlds they've made.

I brought up League of Legends because while their community is still just as toxic as any other, they're experimenting new tools to the players to help sort out the friendly players from the trolls. The idea is that while players can send ban reports to discourage negative behavior, players can also award "honor" to others in order to encourage positive behavior. It's an interesting concept, because while the Internet can only keep track of hard numbers, League of Legends players can now keep track of their reputation. Maybe all the Internet needs is a little social anxiety to become a friendlier place.

Matt Heston is an expert gamer and Internet culture authority with over 15 years of online gaming, forums and blogging experience.  You can follow Matt on Twitter @MattHeston

Find out more about League of Legends and watch the live event on October 13, 2012 at: LEAGUEOFLEGENDS.COM

*photos from the League of Legends Media screenshot and artwork galleries. 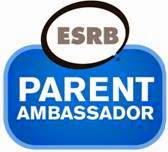